Heroes only truly reveal themselves when faced with a villain. The world is up against a mighty enemy, Covid-19, and many people have revealed themselves as everyday heroes; from Janet next door making sourdough bread for her shielding neighbour to all the key workers who kept the country running during lockdown. Bill Gates has squared up to coronavirus with huge financial donations. As he has invested more than $350 million to fight COVID-19 will history hail the Microsoft founder as a key heroic figure in the pandemic or is his philanthropy just another sign of a world gone wrong?

Jeremy Hunt, the former secretary of state for Health, says philanthropy should not be met with cynicism: “Philanthropists should be welcomed with open arms and praised to the rafters. I really don’t understand those who criticise the generosity of others.”

While Nick Dearden, director of Global Justice Now, is more sceptical about wealthy individuals being involved in the race for a cure as vaccines should be public goods. “The answer to massive economic, healthcare or environmental problems cannot be left to some of the richest people in the world, as if we were living in the Victorian Age when social harms were seen as matters of charity and benevolence.”

With a net worth of around $120 billion, Gates is only the second richest man in the world. With an estimated net worth of $200 billion, Amazon founder Jeff Bezos comes in at number one. In contrast to Gates, and although he has pledged to invest billions into Covid initiatives, Bezos has been positioned as a coronavirus villain – Super Spreader – after hundreds of Amazon staff took strike action to protest issues around the company’s response to the pandemic, including limited sick pay

In the 1990s, few people would have elevated Gates above Bezos. Gates was fighting a series of legal battles around the monopolistic business practices of Microsoft. Former Microsoft employees described the office as a confrontational environment, with Gates being “demanding”. According to James Wallace’s Hard Drive, more than one “unlucky programmer received an email at 2:00am that began, ‘This is the stupidest piece of code ever written.’”

Then, towards the end of the decade Gates turned his attention to philanthropy. Alongside his wife Melinda, the self-proclaimed “impatient optimists” formed the Bill & Melinda Gates Foundation. It seems he turned over a new leaf but some regard the Foundation as a fig leaf, barely disguising the injustice of Gates earning more in a day than most will earn in a lifetime.

Since its inception the Bill & Melinda Gates Foundation has given more than $50 billion to charities. Its raison d’être is to “reduce inequality” but Gates admitted in an Ask Me Anything Reddit session that he often uses a private jet when reducing inequality. “It does help me do my Foundation work but again it is a very privileged thing to have,” he conceded. But aside from the occasional uncomfortable bit of irony, his philanthropy also gives him an extraordinary amount of power. Put bluntly, Bill Gates chooses who lives and who dies. He influences the success or failure of a vaccine just because people bought his computers.

But Hunt dismissed the idea that positioning philanthropists as heroes risks creating a plutocracy, saying: “A democratic society like ours has sufficient checks and balances to stop undue influence but if someone wants to pledge a fortune or a fiver to make the world a better place they should be thanked and encouraged. I spent a lot of time trying to boost philanthropy to the arts when I was Culture Secretary and was always struck by the difference in attitude between the UK and the US.

“Philanthropists in the US are seen as heroes but here in the UK our first thoughts can be negative. That’s changing but we should do more to embrace the good work that many very generous and inspirational people do.”

Philanthropist and the founder of Addison Lee, John Griffin, shares this sentiment. Finito World can exclusively reveal that Griffin has invested £12 million into building a new wing at Northwick Park hospital to help speed up the race for a cure. 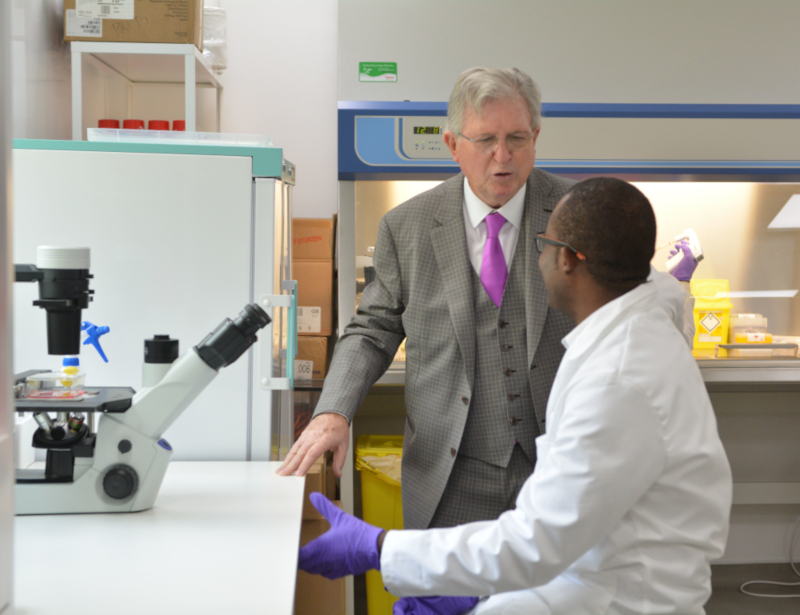 Griffin has praise for Bill Gates and his commitment to finding a vaccine. “He’s a good man and he’s the right man to have in charge, he really is, I think that people who manage to achieve success should not ignore that, it’s a gift,” Griffin says.

Indeed, within a few weeks of committing their first $100 million to the fight against Covid-19, the Bill & Melinda Gates Foundation announced a $50 million commitment to fund the new ‘Therapeutics Accelerator’. Alongside MasterCard and the Wellcome Trust they have invested in a variety of treatments, including the University of Oxford and AstraZeneca vaccine which is one of the seven vaccines in the final stage of trials.

Professor Arpana Verma who is a clinical professor of Public Health and Epidemiology at University of Manchester said funding from the Gates Foundation is “key” to finding a vaccine and ensuring it is accessible.

She regards philanthropy as a necessary component in successful public health initiatives. “Public health through the centuries has been based on philanthropists. When we got the industrial revolution, we got the core epidemiologists coming in. In Greater Manchester we had Edwin Chadwick, and in Liverpool we had William Varr, and in London we had John Snow. This was the crux of things happening fast. it gets things moving. Whilst governments and even NGOs might have more of the administrative to get through, philanthropists might not have that burden.

“A lot of philanthropists are well up on the evidence so they know what things to do and can get ahead and do it,” she adds.

The Bill & Melinda Gates Foundation has been focused on combating disease for years and it has made polio eradication one of its top priorities. One of the Foundation’s first big investments was to an organisation called Gavi, the Vaccine Alliance. Since 2000, Gavi and partners have immunised more than 760 million children, saving over 13 million lives.

This knowledge of disease has made Gates a coronavirus Cassandra. In a 2015 Ted Talk he warned: “If anything kills over ten million people in the next few decades, it’s likely to be a highly infectious virus rather than a war. We need preparedness,” he demanded. Clearly, Gates’ value in the fight against Covid is not exclusively due to the amount of money he is throwing into the cause but due to his deep understanding of disease. 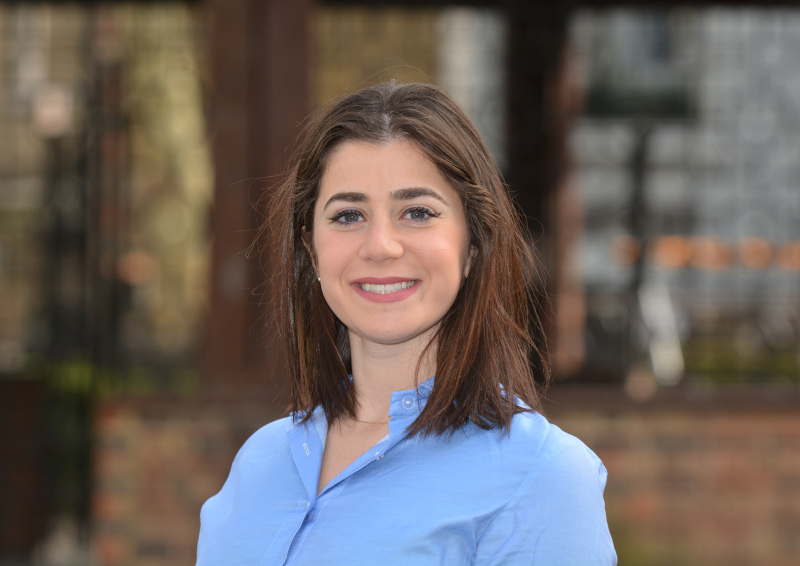 He has inspired other entrepreneurs in the healthcare profession. Gabi Hakim who is the founder of a new VacTrack app which collates vaccine histories and sends reminders for follow up boosters, cites Bill Gates as an influence. “Bill Gates has always stood out as the standard to which we should all aspire. In particular, his work in both biotech and digital health through his Foundation has emphasised the fact that tackling health crises requires intervention at population scale, which aligns with our own mission of accessibility for the masses. I think personally, it’s seeing his ability persist through the bureaucracy and complexities associated with healthcare today that has motivated us.”

WIRED’s editor at large, Steven Levy, who has been conducting interviews with Gates since 1983, points out that Gates has also made a positive impact through his cajoling of other wealthy people.

He says: “I’ve met a lot of billionaires, the field I cover produces billionaires, basically he’s made it a point to stand up and argue for other very wealthy people to devote a huge portion, you know, half or more, of their fortunes to addressing issues like public health. He really is the person who speaks most of it. He’s sort of like a born-again philanthropist.”

Gates may be a born-again philanthropist but he approaches his giving with pragmatic, almost heartless logic. In the documentary, Inside Bill’s Brain: Decoding Bill Gates, Gates recalls the moment he showed his daughter a polio video. “The video ends with the girl who’s got the paralysis limping down the road with a crummy wood crutch. My daughter said to me, ‘well what did you do?’ I said well we’re going to eradicate it. She said, ‘no no, what did you do for her?’”

With a business analogy, he goes on to explain that this emotional attitude is not productive and that he believes in “optimisation”. “The emotional connection is always retail, even though, if you want to make a dent in this thing you better think wholesale, ten to the six, ten to the seven type magnitudes,” he says.

Levy believes that Gates is primarily motivated by the intellectual challenge. “It isn’t ‘I’m doing good for the world’, ‘I’ve got to do good’ it’s like ‘these are fascinating challenges that engage me intellectually and I’ve got something to offer there’. I think he finds a lot of satisfaction in pursuing it and learning about the science and speaking to scientists and adding his brain power to solving this.” In the power, money, knowledge triad, it seems for Gates, knowledge always comes out on top.

In many ways he is the archetypal nerd. He takes ‘think weeks’ where he goes off alone to a cabin in the woods and reads. When he is fascinated about a subject he reads as much as he can about it. His interest in the environment compelled him to read the rather esoteric Japan’s Dietary Transition and Its Impact by Vaclav Smil, for instance.

Levy explains that it was Melinda who forced him to channel his intellectual brilliance into philanthropy. “Really, the big impetus for him getting into philanthropy at that point in his life when he did was his wife. I do feel it was her influence that led him to step back from Microsoft maybe sooner than he thought.” Melinda’s influence has been profound and since the beginning she has inspired Bill to be better and think differently.

Melinda joined Microsoft after graduating with a degree in computer science and economics from Duke University and a master’s in business administration from the Fuqua School of Business. One evening after work, Bill asked her if she wanted to go out for dinner, in two weeks time. She declined telling him she wanted spontaneity and an hour or so later she received a phone call from him asking “is this spontaneous enough for you?”

If Bill is deserving of a hero status, Melinda is too, perhaps even more so. It was Melinda who inspired the Foundation to focus on combating disease when as a new mother she read an article that described how children were still dying from diarrhoea. Now she is using her influence to protect women from the devastation of Covid-19.

But no matter whether Gates’ philanthropy is driven by Melinda or by pure intellectual curiosity, it does not make his actions any less valuable. As Batman says, “It’s not who I am underneath, but what I do that defines me.” Heroes are also defined by their enemies.

Last month, during the week polio was eradicated from Africa, 10,000 conspiracy theorists gathered in Trafalgar Square to protest against lockdowns, masks and vaccinations. In speeches they rallied against Bill Gates.

Of course, unthinking reverence of philanthropists could lead to abuses of power, but as it stands the Foundation is contributing to developing a vaccine that could save the world and we need all the heroes we can get.

Out of office? Thomas Heatherwick on the future of the workplace

How to job hunt in a recession

Does the NUS actually represent students?

Opinion: It’s time for us all to praise...

A Question of Sport: is the government underestimating...

Opinion: Diana Blamires on the need for live...

Everything you need to know about Kickstart but...